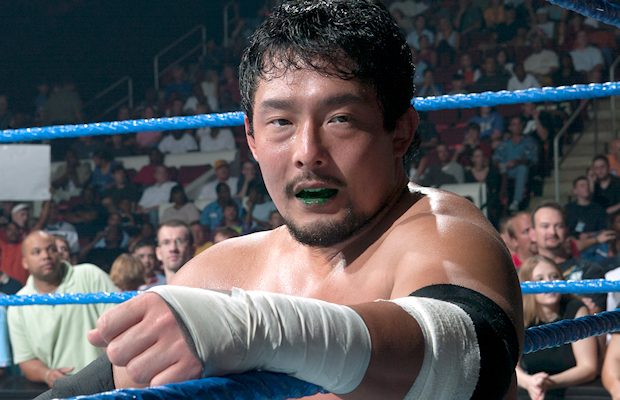 – Above and below are Black History Month tribute videos from this week’s RAW and SmackDown with WWE Superstars discussing baseball legend Jackie Robinson and civil rights leader Rosa Parks.

– Below is a Fallout video from this week’s SmackDown with Carmella telling James Ellsworth that they need to put the brakes on their relationship. Carmella says she cares about Ellsworth too but they need to take things slowly and keep it professional.

– As noted, it was announced on Tuesday that Shinsuke Nakamura does not need knee surgery following his WWE NXT Title loss to Bobby Roode at “Takeover: San Antonio” on January 28th. It’s believed that this was just a storyline injury. WWE’s website notes that while Nakamura does not need surgery and does not have a tear in his knee, there’s no timetable for his return. Nakamura will likely return to NXT TV at the February 22nd tapings from the campus of the University of Central Florida.

– As seen below, 61% of fans on Twitter gave this week’s Elimination Chamber go-home edition of WWE SmackDown a thumbs up with over 1200 votes:

How did you enjoy tonight's #SDLive?

– As seen on last night’s WWE 205 Live, Tajiri made his return from an injury suffered in mid-January. Tajiri appeared after Brian Kendrick’s win over Lince Dorado and sprayed Kendrick with his green mist. Below is video from the segment: