Teddy Long Announced for the WWE Hall of Fame 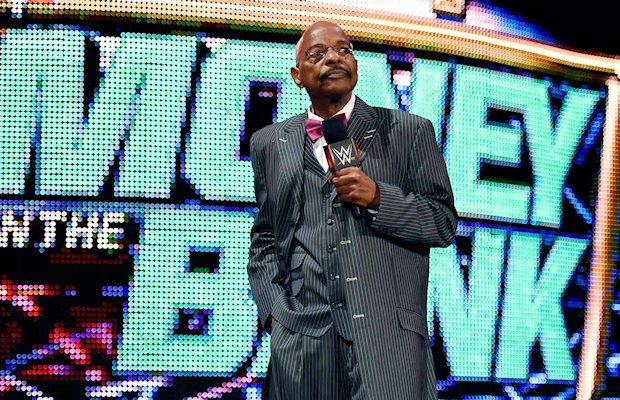 Holla, holla, holla! Theodore Long is the next inductee in the WWE Hall of Fame’s Class of 2017, as first reported by FoxSports.com.

Long’s induction is the culmination of a 30-plus year career in the sports-entertainment industry, dating back to the early 1980s, when he did odd jobs in various territories around the southern United States. That led to a position on the ring crew with Jim Crockett Promotions, the predecessor to World Championship Wrestling, and eventually a position as an official NWA referee. He shared the ring with legends and Hall of Famers like Ric Flair and The Four Horsemen, Dusty Rhodes, Magnum TA, The Rock ‘n’ Roll Express and countless others.

As the 80s drew to a close, Teddy Long left behind the referee’s stripes and became a manager, guiding the careers of up-and-coming grapplers. His first success as a manager came when his charges Doom, the powerful tag team of Ron Simmons and Butch Reed, captured the WCW World Tag Team Titles from the Steiner Brothers. During his tenure as a manager in WCW, Long helped guide the careers of a varied group of competitors, including Chris Jericho, Johnny B. Badd, Ice Train and One Man Gang, among countless others.

In 1998, Long made the jump to WWE, once again donning the referee’s stripes and doing his best to enforce the rules during some of the Attitude Era’s biggest matches. By 2002, he once again turned to managing, this time hitching his wagon to the nasty trio of D-Lo Brown, Rodney Mack and Jazz, later adding Christopher Nowinski, Mark Henry and Mark Jindrak to the fold.

However, Long may best be remembered by the WWE Universe for his work as a General Manager. He was made the SmackDown GM in 2004, becoming the first African-American to hold the position. During several tenures at the helm of SmackDown and ECW, Long established himself as someone who would work his hardest to give the WWE Universe the best shows possible. That included the New Superstar Initiative, which introduced WWE fans to the likes of Kofi Kingston and Jack Swagger, among others.

On top of that, Long was often lauded for his matchmaking skills. When tensions ran high between groups of four (or more) Superstars, he knew how best to diffuse the situation – by splitting them up into squads for a tag team match! Long’s love for impromptu tag team matches became his calling card, endearing him even more to the WWE Universe.

Long’s groundbreaking career in sports-entertainment makes him worthy of the awesome honor of induction into the WWE Hall of Fame.