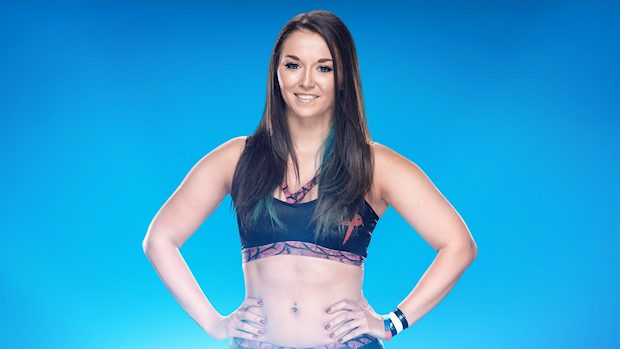 Steffanie “Nixon” Newell, who is now going by the name Tegan Nox in WWE NXT, suffered an injury to her leg at Saturday’s live event at the 2018 Download Festival at Donnington Park in Derby, England.

According to some fans in attendance, Nox appeared to suffer the knee injury during a Six-Woman Tag Team Match where she teamed with Candice LeRae and Dakota Kai against Bianca Belair, Lacey Evans and English indie wrestler Nina Samuels.

Candice got the win so they carried on, but looked to maybe have tweaked her knee and barely celebrated the win and Dakota and Candice looked to be consoling her

Nox was scheduled to wrestle PROGRESS Women’s Champion Jinny at today’s PROGRESS 71 event in Sheffield, England, but fellow NXT star Dakota Kai competed instead. Nox appeared in the middle of the ring to introduce Kai as replacing her and was sporting a huge brace over her right leg.

Jim Smallman, who owns PROGRESS, confirmed in a tweet that Nox is injured. However, he says her injury is minor.

About a year ago, Nox sustained an ACL tear in her right knee. After months of rehabilitation, she returned to action in April and has been working house shows since then.

On the heels of her comeback, the 23-year-old Welsh grappler spoke to WWE.com about how she coped with her devastating knee injury.

“When this first happened, people were saying that things happen for a reason. And since I’ve had the injury and come back to that response, I believe that more than ever,” she said.

Related ItemsFeatured
← Previous Story Corey Graves Rips CM Punk On Twitter After UFC 225 Loss
Next Story → Ruby Riott Misses WWE Show To Attend A Wedding With Her Boyfriend – Who Is He?