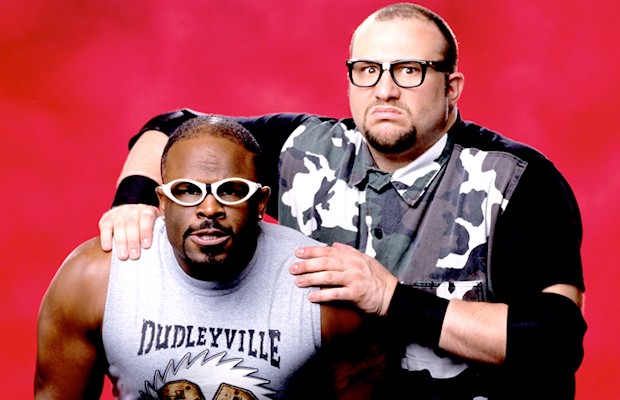 – Below are new WWE Total Divas preview clips with Paige’s boyfriend writing her a song and The Bella Twins meeting their friends in New York City for dinner:

– WWE Hall of Famer Howard Finkel confirmed today that he will be in the new WWE 2K16 video game, specifically the Showcase Mode. This is the same mode that features Jim Ross.

– WWE has added The Dudley Boys to the October 13th Madison Square Garden live event, which will be shown live on the WWE Network. As noted, Brock Lesnar and Chris Jericho will also be working that show.