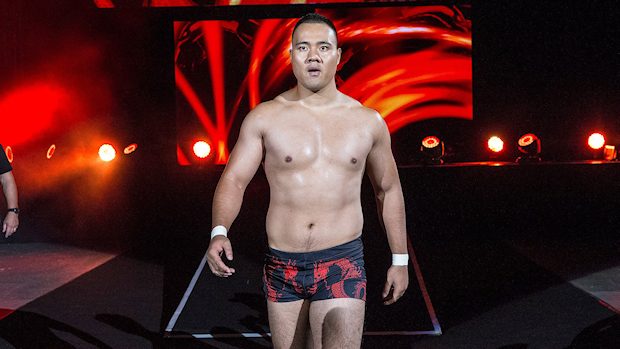 WWE cut a wrestler from the NXT/Performance Center roster this past week — Tian Bing.

“Tian Bing (Wang Bing, 24), who was signed with some fanfare in 2016 with the idea of being a true heavyweight who can be a star in China, was quietly released this past week,” Dave Meltzer reported in the Wrestling Observer Newsletter.

“He was scouted by Antonio Inoki in China in 2013 and used as a Chinese star on his IGF shows starting in 2013 before getting the WWE deal when WWE was looking at creating a native star for China and he was the first guy they looked at for that spot.”

WWE heralded the signing of Bing — real name Bin Wang — to a developmental contract in June 2016, proclaiming him as the first Chinese athlete to have the opportunity to train to become a WWE Superstar. This is actually false since WWE had a Chinese wrestler named Kenny Li in their developmental system in 2010 and 2011.

The announcement capped off a major week in WWE’s efforts to discover Chinese talent, coming as WWE concluded a four-day tryout — the first it ever held in the country. WWE also set its first live event in China in more than three years in Shanghai on September 10, 2016. Bing made his WWE debut at the event, beating Bo Dallas in a one-on-one match.

During the WrestleMania 33 Kickoff on April 2, 2017, Bing competed in the 4th annual Andre the Giant Memorial Battle Royal. He eliminated Fandango and Tyler Breeze before getting tossed out by Dolph Ziggler.

Bing made his NXT debut on September 30, 2016, competing in a battle royal at a live event. He made his NXT TV debut the following month, teaming with HoHo Lun in a loss to Johnny Gargano and Tommaso Ciampa in a Dusty Rhodes Classic First Round Match.

Bing continued to work live events on a sporadic basis before appearing on this week’s episode of NXT. Alongside fellow Chinese wrestler Rocky, they lost to the team of Oney Lorcan and Danny Burch.

Bing wrestled his last NXT match on September 22, teaming with Rocky in a loss to The War Raiders at a live event in Largo, Florida.