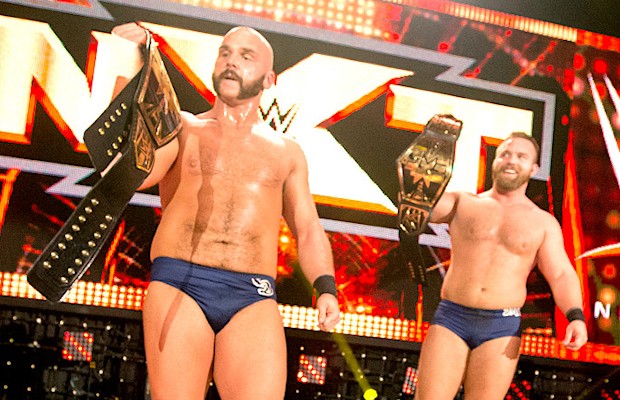 – As seen on tonight’s WWE NXT, “The Mechanics” Dash and Dawson defeated “The Vaudevillains” Aiden English and Simon Gotch to become the new NXT Tag Team Champions. This is their first gold in the company.

Below are post-match videos with The Mechanics reacting and English being helped to the back:

– Announced for next week’s NXT episode is Bayley defending her NXT Women’s Title against Alexa Bliss, Carmella vs. Nia Jax and The Ascension vs. Chad Gable and Jason Jordan.

– Baron Corbin sends a message to Apollo Crews in this NXT Fallout video. Corbin says costing Crews the NXT Title was personal because he just doesn’t like Crews, and Crews is destined for failure. Corbin challenges Crews to a match at “Takeover: London” on December 16th.