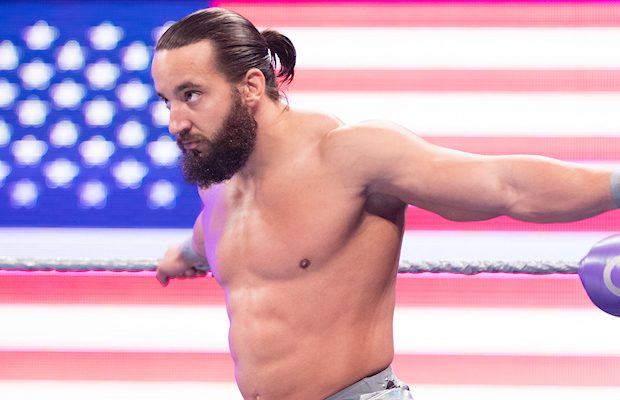 – Tony Nese did not appear on last night’s RAW in Phoenix but WWE did post this Fallout video where Nese indicates a match with Jack Gallagher on tonight’s WWE 205 Live episode. Nese also helps a stranger take a selfie for his girlfriend, giving her something better to look at.

– WWE has a new poll asking fans what was the most thrilling brawl on last night’s RAW – Enzo Amore & Big Cass, Roman Reigns & Braun Strowman or The Hardys, Finn Balor, Elias Samson and RAW Tag Team Champions Cesaro & Sheamus. As of this writing, 57% went with Reigns and Strowman while 23% voted for the six-man brawl.

– It looks like IWGP Heavyweight Champion Kazuchika Okada was backstage for last night’s RAW as a fan posted the following video. Okada and other NJPW stars were in the United States this week for the G1 USA Special. Okada being backstage will obviously start speculation on his future with the company but it should be noted that he has been backstage for WWE events in the past.