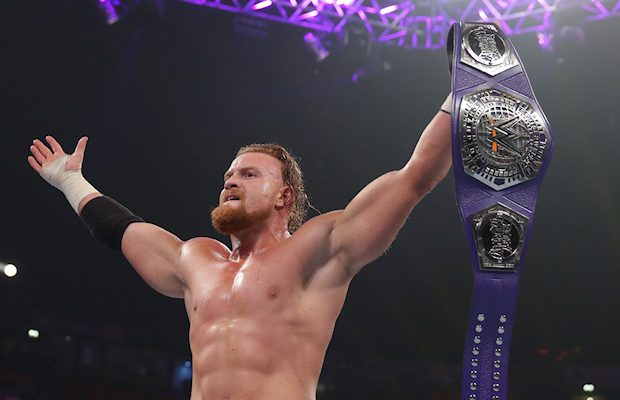 WWE has added a Cruiserweight Championship Match to Survivor Series.

On tonight’s episode of 205 Live, it was announced that Buddy Murphy will defend the Cruiserweight Championship against Mustafa Ali at Survivor Series. The pay-per-view event takes place on Sunday, November 18 at the STAPLES Center in Los Angeles, California.

Ali beat Tony Nese on last week’s show to determine Murphy’s next challenger. A taped promo with Ali aired on this week’s show, and Murphy beat Mark Andrews in a non-title match.

After Ali won his match against Nese, there was an angle where Cedric Alexander had Ali in position for a Lumbar Check as he was making the save for Ali and helping him up. Alexander, however, congratulated Ali instead of attacking him.