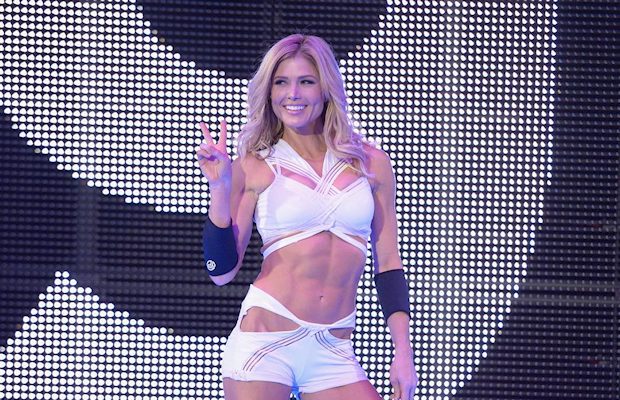 Last night on Raw, we found out that Torrie Wilson would be among those competing in a Battle Royal at WWE Evolution — WWE’s first all-women’s pay-per-view event — on October 28 for a future Women’s Championship opportunity. Fans were surprised by the news and, clearly, so was Torrie.

See how Torrie instantly goes from mealtime to crunch time in the video below.

Wilson actually returns to WWE tonight as she is among the former Superstars scheduled to appear on SmackDown 1000. With last night’s announcement, it’s quite likely that she will do more than just wave to fans in Washington D.C.