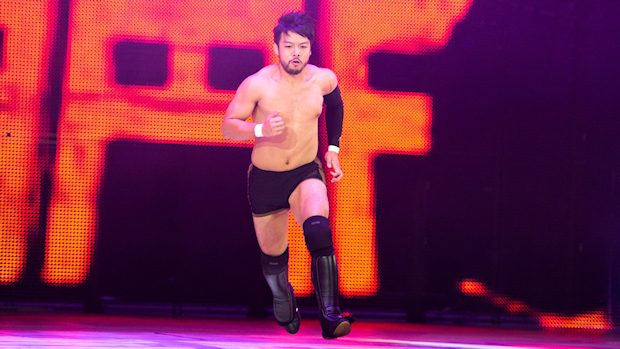 – Though he was scheduled to debut on 205 Live this week, Hideo Itami ended up arriving on the WWE main roster one night earlier.

Itami debuted on Raw last night and made the save for Finn Balor after his Handicap Match against Curtis Axel and Bo Dallas. The Miztourage got disqualified and were beating down Balor before Itami came out, and Itami and Balor then faced Axel and Dallas in a tag team match. Itami pinned Axel after hitting the GTS.

As he usually does when wrestlers from NXT get called up, Triple H posted a photo with Itami after the match.

It’s been a long, hard road full of setbacks and adversity…which makes it even better to welcome @HideoItami to #205Live. #GTS #WeAreNXT pic.twitter.com/PrFsayNQBb

– On Raw Fallout, an emotional Paige reflects on the Women’s Royal Rumble Match.