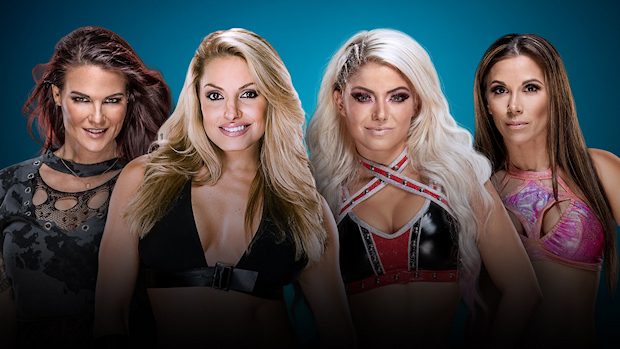 What started as a pair of marquee matches for WWE Evolution has now become a blockbuster tag team contest as Trish Stratus and Lita will join forces to battle Alexa Bliss and Mickie James at the groundbreaking pay-per-view event on October 28.

The show had initially been slated to feature a clash between Alexa and Trish and a separate singles match pitting Lita against Mickie. As Alexa’s trash-talk escalated on Raw, however, Trish and Lita both threw hands with the former Women’s Champions, precipitating the official combination of the scheduled bouts.

In this backstage interview with Kayla Braxton, Trish and Lita talked strategy and revealed their team name heading into the match — “Besties Best For Business.”

Despite WWE announcing Stratus vs. Bliss and Lita vs. Mickie in a separate bout, the plan had always been for them to compete in this tag team match.

According to Dave Meltzer in this week’s issue of the Wrestling Observer Newsletter, WWE announced Stratus vs. Bliss in August to boost ticket sales early on since they didn’t want to set Ronda Rousey vs. Nikki Bella until an angle took place. With WWE announcing Rousey vs. Bella for the Raw Women’s Championship on Raw, they felt that they could publicly change Stratus vs. Bliss to a tag team contest.

As it turns out, Stratus vs. Bliss didn’t draw as well as WWE had hoped. Tickets for Evolution, which takes place at NYCB LIVE, home of the Nassau Veterans Memorial Coliseum in Uniondale, New York, did not sell out. Sales had largely stalled and WWE is now hoping that the announcement of Rousey vs. Bella will move tickets.