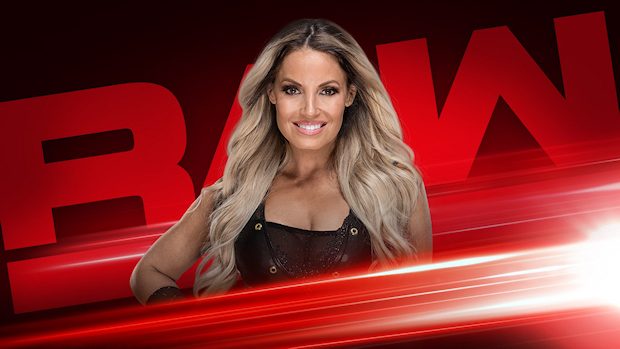 Trish Stratus, Triple H and Shawn Michaels all have something to say tonight on Raw.

With her match against Alexa Bliss at WWE Evolution just three weeks away, Stratus will likely respond to “A Moment of Bliss” segment on Raw last week where Bliss accused Stratus of being rude to her when she was 7 years old. WWE.com says Stratus will have something to say to Bliss tonight on Raw.

“With her match against Alexa Bliss at the first-ever all-Women’s pay-per-view WWE Evolution just three weeks away, Trish Stratus will return to Raw tonight!

“What will the WWE Hall of Famer have to say to Five Feet of Fury? And will The Goddess of WWE feel the sting of Stratusfaction ahead of their historic showdown?”

Last Saturday at WWE Super Show-Down, Triple H conquered The Undertaker in their No Disqualification Match. However, as Triple H showed his respect for his defeated opponent after the bell, both “The Deadman” and Kane lashed out at “The Game” and HBK. According to WWE.com, Triple H and Michaels will respond to the vicious post-match assault they suffered at WWE Super Show-Down.

Raw takes place at the Allstate Arena in Rosemont, Illinois.