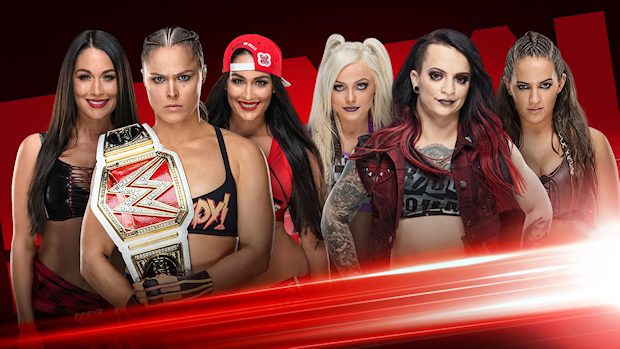 * Raw Women’s Champion Ronda Rousey and The Bella Twins vs. The Riott Squad

At the conclusion of the Six-Man Tag Team Match pitting The Shield against Strowman, Ziggler and McIntyre, it was Dean Ambrose who scored the pinfall over “The Showoff,” seemingly putting to bed any speculation that “The Lunatic Fringe” was at odds with Roman Reigns and Seth Rollins.

Reigns will defend the Universal Championship against Strowman and Brock Lesnar in a Triple Threat Match at WWE Crown Jewel on November 2.

At Super Show-Down, Rousey successfully teamed with The Bella Twins to score a decisive victory over The Riott Squad, making Liv Morgan and Sarah Logan submit simultaneously to double Armbars. There was a moment where Rousey and Nikki Bella both wanted to start the match, seemingly teasing dissension between the two.