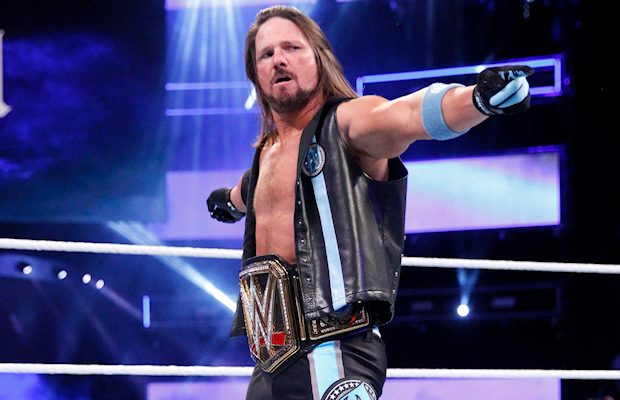 Before WWE Fastlane takes place on Sunday night, WWE Champion AJ Styles will face another one of his challengers in a non-title match.

According to WWE.com’s preview for tonight’s episode of SmackDown LIVE, Styles will face Dolph Ziggler. This match comes after John Cena beat the WWE Champion last week to earn his spot in the main event of Fastlane.

In a post-match angle after Styles vs. Cena, Ziggler made the save for them and fought off Kevin Owens, Sami Zayn, and Baron Corbin. He then punched Styles before being laid out with an Attitude Adjustment from Cena.

At Fastlane, Styles will defend the WWE Championship against Cena, Ziggler, Owens, Zayn, and Corbin in a Six-pack Challenge Match.

Randy Orton vs. Jinder Mahal is also set for tonight. They have been involved in the United States Championship picture over the last few weeks, and Orton will be challenging Bobby Roode for the title on Sunday. The storyline when the title match was announced was that Daniel Bryan wanted to give Mahal the shot, but Shane McMahon overruled him and went with Orton.

Charlotte Flair and Ruby Riott will also meet in a face-to-face segment ahead of their SmackDown Women’s Championship at Fastlane.