Two Money in the Bank Qualifying Matches Announced For Raw 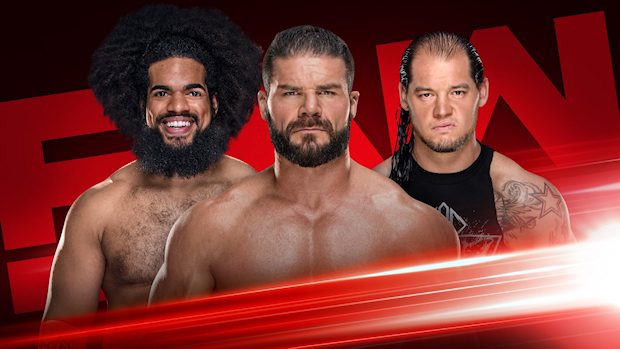 WWE has announced two Money in the Bank Qualifying Matches for tonight’s Raw from The O2 Arena in London, England.

Both are Triple Threat Matches, with Bobby Roode facing Baron Corbin and No Way Jose, and Alexa Bliss taking on Bayley and Mickie James.

Braun Strowman, Finn Balor, The Miz, and Rusev have earned spots in the Men’s Money in the Bank Ladder Match thus far, with Ember Moon and Charlotte Flair qualifying on the women’s side. There will be eight wrestlers in each ladder match on the June 17.

Tonight’s Raw is being taped in advance at the O2 Arena and WWE will return to the venue for a SmackDown LIVE taping tomorrow night. Seth Rollins defending his Intercontinental Championship against Kevin Owens is also set for tonight.