Tyler Bate Reacts To Rumors That He Has Heat With WWE Management - PWPIX.net 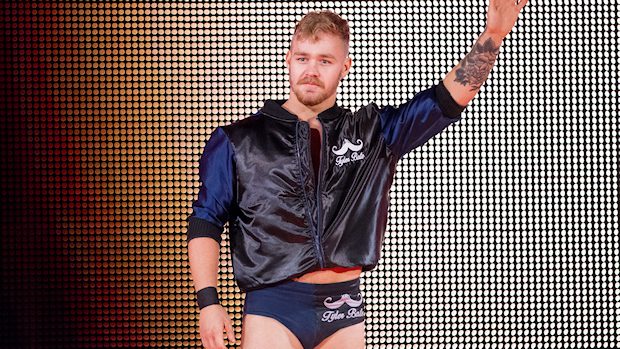 Tyler Bate has reportedly fallen out favor with WWE management.

The 20-year-old seemed to be on a roll last year as one of the top wrestlers in the mix for the WWE United Kingdom Championship. In recent months, however, he’s been treated as an afterthought by WWE.

He worked last week’s episode of 205 Live, where he lost to TJP in a first-round match of the 16-man Cruiserweight Championship Tournament.

On last week’s episode of NXT, he lost a match to Roderick Strong to become the No. 1 contender to the WWE United Kingdom Championship (which was taped before NXT TakeOver: Philadelphia on Jan. 27, 2018).

He then lost a match to Velveteen Dream at last Friday’s NXT tapings in Atlanta, Georgia.

On Wrestling Observer Radio on Sunday, Dave Meltzer said Bate’s string of losses is due to heat he has with WWE management, which apparently dates back to last spring.

WWE officials tried to book him on some WWE main roster shows, but he didn’t work them due to plans he made beforehand for those dates. While management called him late, his refusal didn’t over well with them. This was right before he dropped the WWE United Kingdom Championship to Pete Dunne at NXT TakeOver: Chicago on May 20, 2017.

“He went from being the big guy that they were grooming for the UK for the future and he has fallen out of favor,” Meltzer said.

“He lost the title to Pete Dunne [and] there was a situation where they had a tour. They, at the last minute, wanted to book him on a main roster tour I think. This was a long time ago but this was right before they put Pete Dunne over him. They called [Bate] late and he had made other plans and that’s what happened.”

On Tuesday, Bate responded to the rumors via Twitter, stating, “People love making things up.”