Hailing from Penticton, British Columbia, Canada, Mattias Clement (born January 19, 1988) performs under the name Tyler Breeze for WWE’s developmental branch, NXT. He has been wrestling since 2007, and for WWE since 2010.

This past year, Breeze continued his feud with Neville in NXT until the British star was promoted to WWE’s main roster. Close but not quite seems to be the theme of his career as he has racked up losses to Hideo Itami and Finn Bálor in the case for the NXT Championship. His finishing maneuver, the jumping spinning heel kick, is known as the Beauty Shot.

Tyler Breeze Reveals The Genesis Of His Model-esque Ring Entrance
July 20, 2015 – The iPhone and elaborate wrestling attire are part of Tyler Breeze’s model-esque entrance at WWE NXT live events. During an interview with Jim Varsallone of the Miami Herald, the 27-year-old revealed the genesis of his unique entrance.

“It was actually Triple H’s idea [to use the iPhone],” Breeze said. “The initial idea when I first started doing it was with a pocket mirror. I found a nicer one that you could go out and get. It was working, but when Triple H saw it, he said, ‘We’ve done that. We’re past that. There’s a lot more we can do.’ He suggested the selfie. ‘The selfie movement is really big right now, so what if you had a cell phone, taking selfies all the way to the ring and during matches.’ I immediately said, ‘Yea.’

“You can’t go wrong with technology type stuff. It’s always advancing, and especially now more than ever, there’s so much stuff you can do. Everyone is glued to their phone. It’s 2015. Everyone always has their phone on them. They’re constantly checking stuff, checking Twitter, checking Instagram. Everybody wants to know what’s going on. There’s nothing wrong that can come from doing this.

“So I had the phone, tried that out, and it went from there. We figured out how to stream it up onto our big screen that we have for the entrance, and at the last [NXT] TakeOver [special] we did the Periscope app where everybody was watching as I was making my entrance. Any new app that comes out, any new technology that comes out, I can be the first one to tap into.” 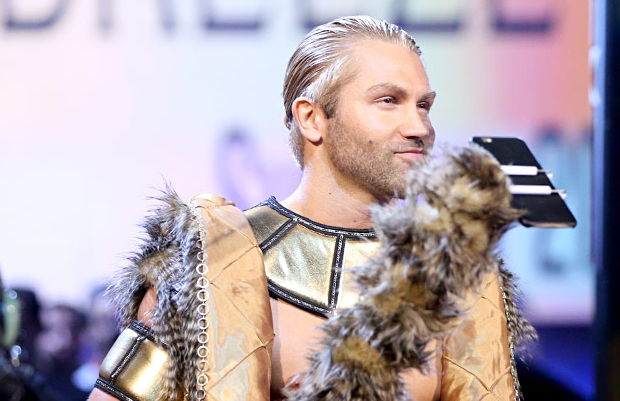 September 3, 2015 – Tyler Breeze, who has spent five years in WWE’s developmental system, could finally be joining the main roster.

Behind the scenes, Triple H wants the 27-year-old to be next NXT Superstar to be promoted to the main roster, preferably before the end of 2015. Breeze has wrestled at numerous WWE live events since last year, including this past weekend during the company’s tour of Florida. Here is video of the Canadian grappler facing Jack Swagger at a show in Orlando.

In June, it was reported that Breeze was among the NXT wrestlers upset with Kevin Owens being fast-tracked to the main roster — Breeze actually re-tweeted the report. It now looks like his time is finally coming.