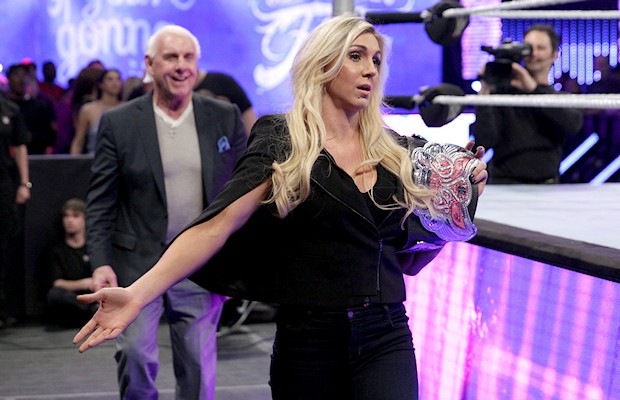 Charlotte was reportedly left in a pool of blood during a match with Becky Lynch at Friday’s night live event in Minneapolis, Minnesota. The bout was stopped after two minutes when Charlotte was caught with a knee from Lynch and was unable to continue.

Charlotte was bleeding from the nose and helped to the back by the referee. As you can see from the photo above, Lynch was clearly concerned by what had happened and early indications are Charlotte may have broken her nose.

WWE personnel had to wipe away a ton of blood from the mat after the incident.

The Divas Champion appears to be okay as she said this morning on Twitter that she will be at tonight’s live event in Cedar Rapids, Iowa.