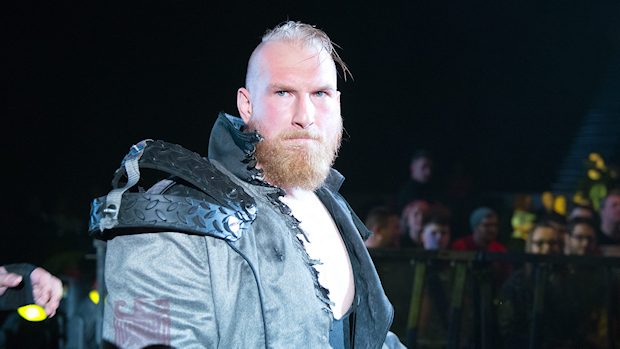 The SmackDown LIVE Superstar shared a photo of the group from their NXT days and wrote, “Incredibly sad that Sanity is now fully disbanded. It was the time of my life.

“I can’t really put in to words how much I will miss [Wolfe] and [Young]. I hope the very very best for both of you. You are amazing performers and even better people.”

Sanity family photo, before Ginger spice (Nikki) left 😂😂😂 Out of all seriousness incredibly sad that Sanity is now fully disbanded. It was the time of my life. I can’t really put in to words how much I will miss @thewwewolfe and @theericyoungig . I hope the very very best for both of you. You are amazing performers and even better people. Wolfe and I have been in each other’s pockets since I joined the team. All over Florida, every class at the PC, then road wives 😂 It will be shite not seeing you every week! And EY has been a hell of a performer to lean on and look up to. Hes proper daft when he wants to be, but a real role model for us in and out of the ring. I’ll miss the Airbnb lottery! Take care fellas and stay in touch! #sanity

We (SAnitY) made our TV debut October 2016 for NXT at Full Sail University in Orlando,FL. We had a great time in NXT and we accomplished a lot:

– Growing together as athletes and performers

The whole group is like a family to me. I made 3 good friends over the last 3 years and I am really grateful for that. It was without a doubt a great time. Thank you guys for everything!

Thank you to the entire SD locker room. Thank you for the good vibes, laughs and wisdom. I appreciate all of you and I wish you all the best for your future careers.

Thank you to the fans who supported us and never stopped believing in us. I appreciate you as well and trust me I speak for all 4 of us.

It’s time to leave this behind and walk a different path.

Ryan Satin of Pro Wrestling Sheet was told by WWE that Wolfe remains under contract. Furthermore, WWE.com still lists him as a member of SmackDown LIVE.

Satin was told by WWE sources that Wolfe may move back to NXT.