Update On Daniel Bryan's WWE Status, Are WWE Officials Upset With Him? - PWPIX.net

Update On Daniel Bryan’s WWE Status, Are WWE Officials Upset With Him? 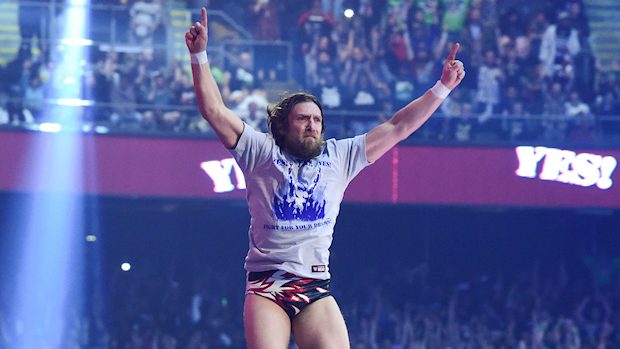 Daniel Bryan has not agreed to a new WWE contract as of this week, according to Dave Meltzer in the Wrestling Observer Newsletter. Bryan’s contract expires on Saturday, September 1.

Meltzer noted on Wrestling Observer Radio that The Miz’s mockery of Bryan this week on SmackDown LIVE shows that WWE higher-ups are unhappy with him not signing a new contract yet.

While Meltzer expects Bryan to re-sign with WWE, he noted that “there’s a lot of weird stuff going on.” Meltzer didn’t explain what he means by that.

WWE has removed Bryan from some weekend live events after he asked them to lighten his wrestling schedule. Bryan is still being advertised for a tour of Europe in November and WWE Super Show-Down on October 6 in Melbourne, Australia. Bryan is also listed for live events after his contract expires, including a show on December 26 at Madison Square Garden.

Bryan has expressed optimism that he’ll resign with WWE.

In an interview with The Business Times during WWE’s stop in Taipei on July 1, Bryan said there is a good chance that he’ll re-sign.

“The wrestling world is an interesting world right now,” Bryan said. “But I love working with WWE and my wife is a part of WWE and so there’s a good chance I’ll re-sign.”

Before he was cleared to wrestle back in March, Bryan hinted that if he wasn’t cleared to return while under contract to WWE, he would likely leave to resume his wrestling career on the independent scene. Joseph Maroon, WWE’s medical doctor, eventually did clear Bryan and he returned to the ring at WrestleMania 34, teaming with Shane McMahon to defeat Kevin Owens and Sami Zayn.