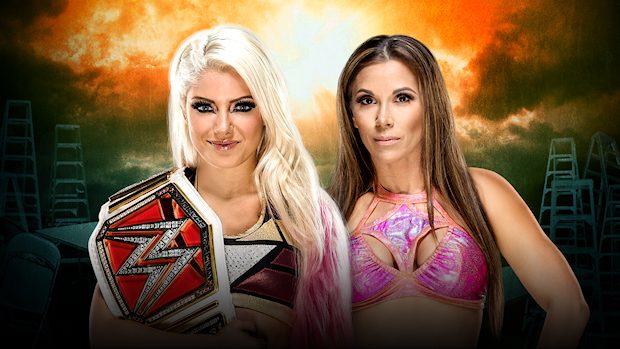 With illness striking the WWE roster leading to major changes in key matches for tonight’s TLC pay-per-view, sportsbooks have scrambled to get new odds out to reflect the shuffling.

With Roman Reigns sidelined for medical reasons, Raw General Manager Kurt Angle will team up with Raw Tag Team Champions Dean Ambrose and Seth Rollins against Intercontinental Champion The Miz, Cesaro, Sheamus, Braun Strowman and Kane in a 5-on-3 Handicap Tables, Ladders and Chairs Match. According to BetWrestling.com, the babyface team remains the favorite to win, but less so than when Reigns was in the match. On Friday, The Shield was favored at -530, but now the new team is only at -230.

Mickie James will have the opportunity to reclaim her former glory and capture her seventh Women’s Title when she steps into the squared circle against the very formidable Raw Women’s Champion Alexa Bliss. It doesn’t look like there will be a title change as Bliss is currently favored at -270.

Asuka’s highly anticipated Raw debut occurs tonight when she meets Emma. Asuka was favored at an impressive -1500 on Friday, is now even more heavily favored at -5250.

Bray Wyatt has been replaced by AJ Styles against Finn Balor, and the change of opponent didn’t affect the odds very much. Before the change Balor was favored at -215 and this dropped marginally to -190.

Here are the latest odds for tonight’s show:

Related ItemsWWE TLC News
← Previous Story Alexa Bliss On Not Having A Stipulation Against Mickie James At WWE TLC, Developing Her Character In NXT
Next Story → Kurt Angle Responds To Braun Strowman, Kalisto Has A Message For Enzo Amore, WWE Hall of Famer Turns 75