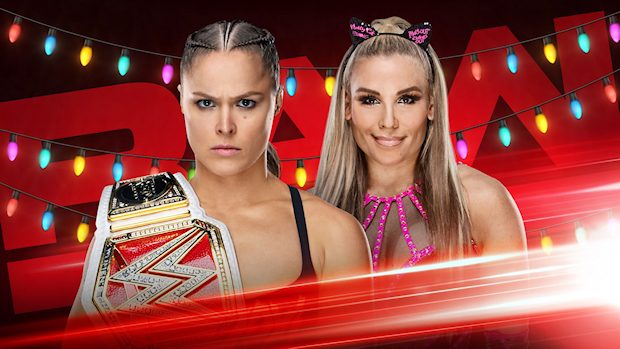 — On last night’s Christmas Eve episode of Raw, Ronda Rousey successfully defended the Raw Women’s Championship. Unlike most televised matches involving Rousey, this bout was not rehearsed as they called it on the fly (according to Dave Meltzer on Wrestling Observer Radio).

They pretty much had to since last night’s Raw was taped right after last week’s show went off the air, and Natalya competed in a Gauntlet Match to earn the opportunity to face Rousey an hour or so earlier.

After Raw went off the air last night, Natalya wrote on social media, “Tonight we WRESTLED. We hit hard. We cried. It’s grueling to wrestle your friends and physically and emotionally force each other to step outside of our comfort zones. This is where we put our passion to the test and show our guts. #RESPECT @RondaRousey #Raw #WomensWrestling.”

The night before last week’s show, Rousey successfully defended the Raw Women’s Championship against Nia Jax at WWE TLC. A big reason the match came off so well is that they rehearsed the match in the days before.

— Rusev celebrates his birthday today as the SmackDown LIVE Superstar turns 33 years old. “The Bulgarian Brute” will be in action on tonight’s Christmas Day episode of SmackDown LIVE as he challenges Shinsuke Nakamura for the United States Championship.

— Here are the top 10 moments from last night’s Christmas Eve episode of Raw.