Home / Women Photos / Velvet Sky Dresses Up As A Dudley

Velvet Sky Dresses Up As A Dudley 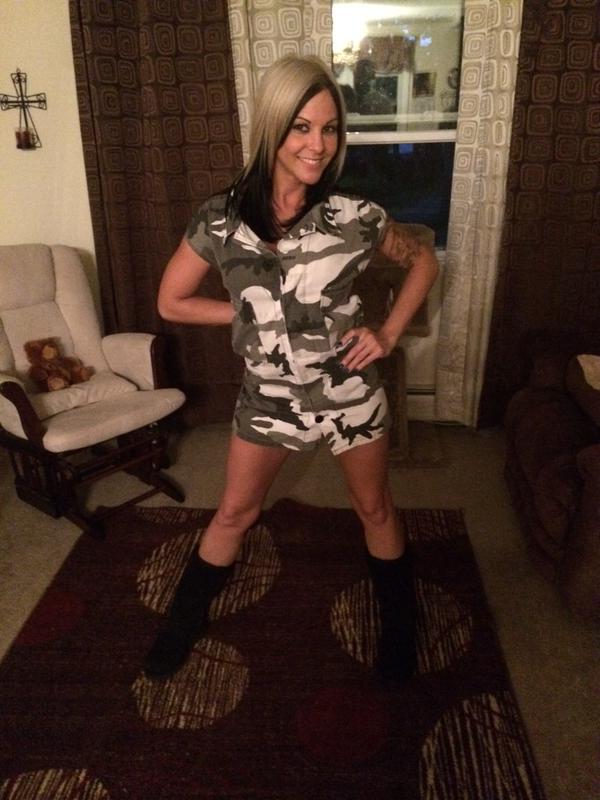 It’s a safe bet that many fans would be surprised to learn that Velvet Sky is a far cry from the Barbie Doll character she portrays so well inside the squared circle.

As part of The Beautiful People, an elite heel group of TNA Knockouts whose gimmick was that of arrogant blondes who believed their physical appearance was superior to all others, the bombshell used her smarts and sex appeal to get whatever she wanted.

Along with original member Angelina Love, their mission was to “cleanse” the TNA roster “one ugly person at a time.”

Sky’s character, however, bears little resemblance to the woman behind the alter ego.

“I’m definitely not a fashion girly girl like my character portrays. Velvet Sky is more of a girly girl than I really am. I’m not a girly girl at all,” says Sky, whose real name is Jamie Szantyr.

The characters she and Love portrayed were inspired by Hollywood divas Paris Hilton and Nicole Richie. But Sky says she couldn’t be more different.

“I don’t do my hair. I don’t do my makeup. I don’t care about flashy clothes. I wear what’s comfortable. I don’t do things because they’re in or they’re the new thing. I couldn’t tell you what was in right now. I couldn’t care less,” says Sky, a jock of all trades who began playing for her city’s softball league at age seven and by high school was on the softball, cheerleading, track and cross-country teams.

There is one striking similarity, says the bombshell, between the ring character and the real-life person.

“Velvet Sky the character is a hard-working, stand-up-for-yourself, no-nonsense type of girl, which relates to how I really am,” she says.