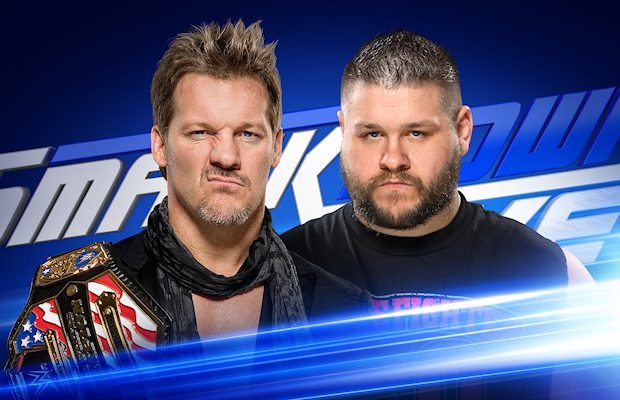 – As seen on last night’s WWE SmackDown, Commissioner Shane McMahon took the WWE Title belt from Jinder Mahal to return it to champion Randy Orton. Orton was likely kept off the show to sell the “House of Horrors” loss from Sunday’s WWE Payback pay-per-view but Mahal did appear, picking up a win over Sami Zayn with help from The Singh Brothers.

In the Fallout video below, Mahal downplays the assist from The Singh Brothers and says Orton was too much of a coward to show up. Jinder says ever since he became #1 contender, Orton’s days as champion have been numbered and Orton knows it. Jinder takes credit for Orton losing the “House of Horrors” match and says he will become WWE Champion at Backlash.

There was a post-match angle done that saw Owens destroy Jericho, possibly to write him off TV for the upcoming Fozzy tour. Jericho is scheduled to start touring with Fozzy this coming Friday. The band will be touring through the month of May with concerts scheduled every Tuesday starting next week, through May 30th.

WWE tweeted this post-SmackDown video of Jericho being helped to the back after the final attack from Owens:

.@IAmJericho is escorted to the backstage area after a vicious assault by @FightOwensFight on #SDLive. #205Live pic.twitter.com/9QO00tNrEa