Where Alberto Del Rio & Jack Swagger Are Headed, Why The Legion of Doom Disappeared From WWE - PWPIX.net

Where Alberto Del Rio & Jack Swagger Are Headed, Why The Legion of Doom Disappeared From WWE 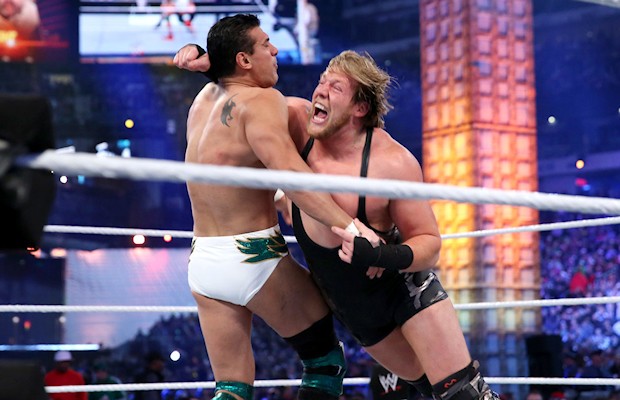 – As seen Monday on Raw, Jack Swagger has taken issue with Zeb Colter’s defection to Alberto Del Rio. Dave Meltzer revealed after the show on Wrestling Observer Radio that the segment was done to launch a feud between Swagger and Del Rio, with a title match taking place at the Survivor Series.

– WWE Hall of Famer Animal was known in circles as the responsible member of the legendary Road Warriors, the only duo in the history of professional wrestling to hold the tag team titles in AWA, NWA, and WWE. Speaking to Wrestle Talk TV, he explained why the duo abruptly left WWE in 1992 — then known as the World Wrestling Federation.

According to Animal, Hawk would often get suspended by WWE, which would lead to him being taken off the road as well — the company had no intention of promoting Animal as a singles competitor.

Hawk left WWE immediately after SummerSlam at Wembley Stadium, where LOD rode to the ring on motorbikes in front of over 80,000 fans. He went AWOL in London after the event with John Nord (The Berzerker) and missed a flight back to the U.S., while Animal stuck around and finished the team’s contractual obligations with former Demolition member Crush, who had already been repackaged as a tanned, muscle guy from the beaches of his native Hawaii. Crush replaced Hawk on house shows before an injury to Animal’s back forced him into a lengthy hiatus from wrestling.