Who Dean Ambrose Was Originally Scheduled To Face On Raw, The IIconics Celebrate True Friendship (Video) 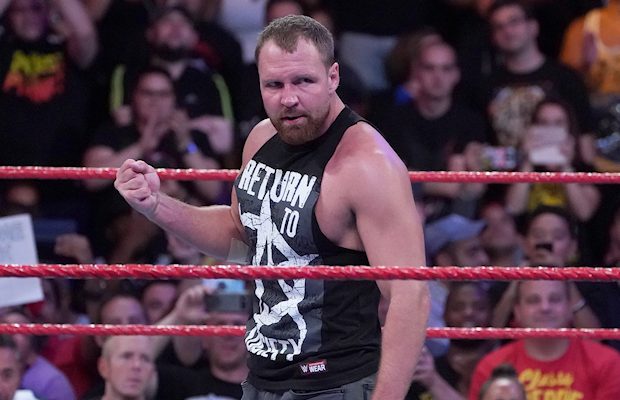 – Seth Rollins openly admitted that Dean Ambrose all but made it possible for “The Kingslayer” to win the Intercontinental Championship from Dolph Ziggler at SummerSlam by taking out Drew McIntyre. On Raw, Rollins returned the favor, running interference to help Ambrose beat Ziggler in his first televised and singles match following a nine-month layoff due to injury.

According to PWInsider.com, Ambrose was originally scheduled to face McIntyre on Raw. WWE creative changed Ambrose’s opponent for his return match to Ziggler at some point during the day.

Ambrose actually returned to action after Raw went off the air last week. “The Lunatic Fringe” teamed with Rollins, Braun Strowman, and Finn Balor in a victory over Ziggler, McIntyre, “Constable” Baron Corbin and Kevin Owens.

– After Peyton Royce’s big win over Naomi on SmackDown LIVE, she and Billie Kay celebrate the victory, while declaring themselves true best friends.