Who Will Challenge Kairi Sane For The NXT Women's Title At WWE Evolution? (Contains Spoilers) - PWPIX.net

Who Will Challenge Kairi Sane For The NXT Women’s Title At WWE Evolution? (Contains Spoilers) 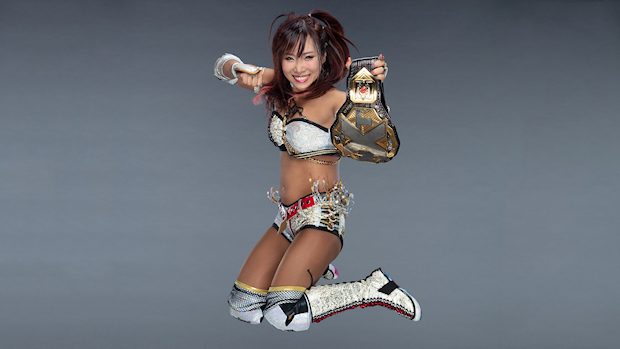 It was announced at tonight’s NXT television tapings in Winter Park, Florida that Kairi Sane will defend the NXT Women’s Championship against Shayna Baszler at WWE Evolution. This will be Baszler’s rematch for the title after dropping it to Sane at NXT TakeOver: Brooklyn IV on August 18.

The match got set up after Sane beat Vanessa Borne at tonight’s tapings. Baszler then appeared with a microphone in hand and had a face-to-face confrontation with Sane in the middle of the ring. Baszler said she’s invoking her rematch clause and vowed to win the title back. Sane responded by saying that their match will take place at Evolution.

Evolution takes place on Sunday, October 28 at 7 p.m. ET from NYCB LIVE, home of the Nassau Veterans Memorial Coliseum in Uniondale, New York. Alexa Bliss vs. Trish Stratus, Mickie James vs. Lita, and the finals of the Mae Young Classic have also been made official for the WWE Network event.