Why Charlotte Flair Held Off Fixing Her Ruptured Breast Implant 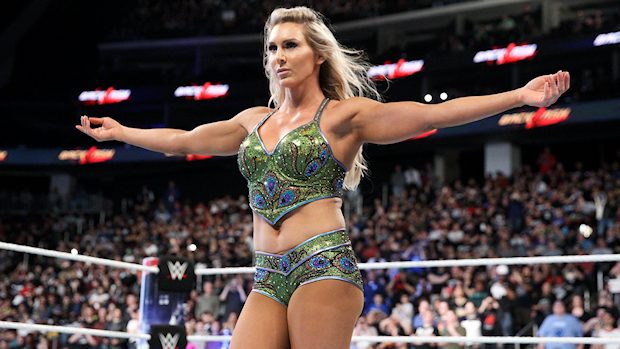 Charlotte Flair will be undergoing surgery to repair a ruptured breast implant, according to a report by PWInsider on Wednesday.

A source in WWE is under the belief that Flair will undergo surgery after WWE’s European tour, which kicked off Wednesday in Bournemouth, England. The final event of the European tour takes place on Sunday, May 20 in Munich, Germany.

Flair confirmed that she will be on the tour as she sent out a tweet listing the shows she will appear at.

Dave Meltzer has more details on the situation in the latest issue of the Wrestling Observer Newsletter, which was published a few hours after the news broke. He says Flair will be out of action for a few weeks once she undergoes surgery.

It’s unclear whether the surgery will jeopardize her involvement in the Money in the Bank pay-per-view on Sunday, June 17. She is currently scheduled to wrestle at the event after qualifying for the Women’s Money in the Bank Ladder Match with a victory over Peyton Royce this week on SmackDown LIVE.

It should be noted that ACE Comic Con announced on Facebook that Flair will no longer be able to attend their event in Seattle, Washington on Friday, June 22 and that SmackDown Women’s Champion Carmella will be taking her place.

This seems to indicate that she won’t be able to wrestle at Money in the Bank, although her pulling out of the event could be a precaution in case she doesn’t recover in time from surgery.

Meltzer noted that Flair’s implant ruptured sometime before WrestleMania 34, but wouldn’t say exactly when. Flair, however, elected to hold off surgery due to her match against Asuka at the big show. Flair retained the SmackDown Women’s Championship against “The Empress of Tomorrow,” but dropped it two days later when Carmella used her Money in the Bank opportunity to defeat “The Queen.”

Meltzer adds that Charlotte kept her medical issue hidden for awhile, but she then did a magazine photo shoot for ESPN The Magazine’s annual “The Body Issue,” which features athletes in nude and semi-nude photographs. Meltzer says photographers shot around her ruptured implant.

Ironically, news of Charlotte’s surgery comes after both Royce and Carmella suffered bruises on their breasts from wrestling her.

On Wednesday, Royce showed off her bruised chest from wrestling Charlotte the night before on SmackDown LIVE.

This isn’t even the only “boob news” of the week. On Monday, photos surfaced of Charlotte’s nipple quite obviously poking through her top.