Why Did A WWE Referee Tell Bobby Lashley To Flip His Headband Over On Monday Night Raw? (Video) - PWPIX.net

Home / Wrestling News / WWE News / Why Did A WWE Referee Tell Bobby Lashley To Flip His Headband Over On Monday Night Raw? (Video)

Why Did A WWE Referee Tell Bobby Lashley To Flip His Headband Over On Monday Night Raw? (Video) 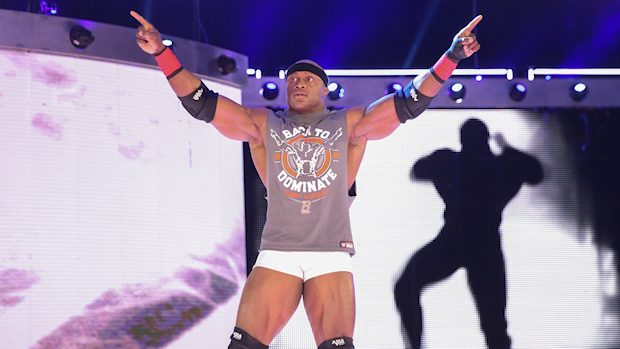 Fans watching Monday Night Raw this week may have noticed something odd involving Bobby Lashley and a WWE referee.

At the start of the show, Lashley and Roman Reigns teamed up against The Revival. While Lashley stood on the ring apron to get tagged into the match, the production crew zoomed in on “The Dominator” and the Nike logo was clearly visible on his headband.

The referee, who is busy observing Dash Wilder’s headlock on Reigns, immediately goes over to Lashley to tell him to flip over the accessory (or perhaps get rid of it).

Here is a clip of this.

The directive was ordered by one of WWE’s television producers, and the referee was able to quickly relay it since he’s wearing an earpiece.

While some WWE stars wear Nike shoes while wrestling, the logo is never displayed. This is because the logo is easily recognizable and WWE doesn’t want to deal with any potential legal issues if say, it appeared on official photographs.