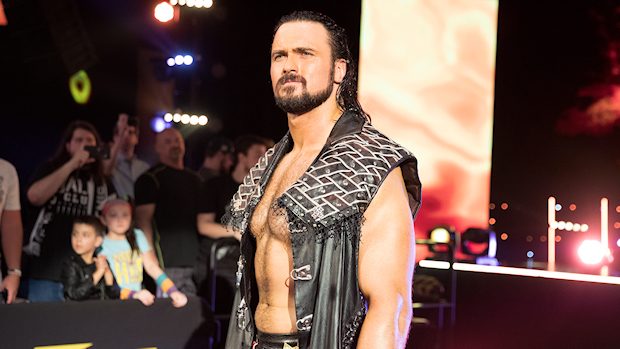 According to Dave Meltzer of F4WOnline.com, WWE didn’t get a work visa ready for McIntyre in time for the show since the decision to promote him to the main roster was only made a few weeks ago.

– Immediately following Monday Night Raw, WWE Ride Along featuring Braun Strowman and Alexa Bliss airs on the WWE Network. Here is a teaser clip from the episode, where Strowman tells Bliss how “Get These Hands” became his catchphrase.

– Here is a video preview for Raw tonight.