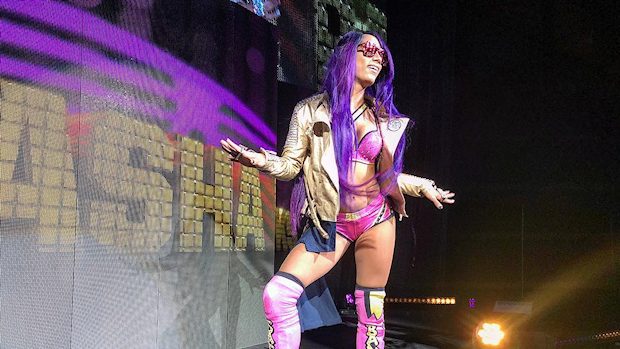 — Sasha Banks did not appear as advertised at WWE Raw live events in Canada on Friday and Saturday.

According to a report today by John Pollock of POST Wrestling, Banks was not cleared to wrestle following her loss to Raw Women’s Champion Ronda Rousey last Sunday at the Royal Rumble. She is expected to be cleared for Raw tomorrow night in Portland, Oregon, where is scheduled to team up with Bayley against Alicia Fox and Nikki Cross in the final Raw WWE Women’s Tag Team Championship Elimination Chamber Qualifying Match

— WWE posted a graphic on Instagram ranking the five greatest United States Champions of all-time and Lex Luger came in at No. 1. “The Total Package” is followed by John Cena, Rick Rude, Ric Flair Dean Ambrose.