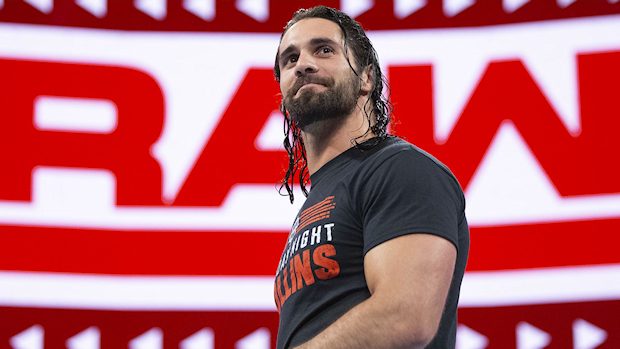 — Seth Rollins did not appear as advertised at WWE Raw live events in Canada on Friday and Saturday.

According to a report today by John Pollock of POST Wrestling, Rollins is “dealing with an issue” that went down before Brock Lesnar’s attack on Raw last Monday — Pollock did not say injury.

Rollins is off live events for the time being and not expected to appear on Raw tomorrow night in Portland, Oregon so that he can recover from his issue. Pollock was told that Rollins will only be doing promos with no physicality for the next month on television.

— In the latest edition of WWE Canvas 2 Canvas, artist Rob Schamberger pays tribute the “workhorse” of all WWE titles, the classic Intercontinental Championship.

— After selecting Raw Women’s Champion Ronda Rousey as her opponent for WrestleMania 35, Becky Lynch took to Twitter today to say that she’s going to main event the show.

According to a report last Thursday by Justin Barrasso of SI.com, sources close to WWE told him that the current plan is to close WrestleMania 35 with Lynch vs. Rousey in the main event.