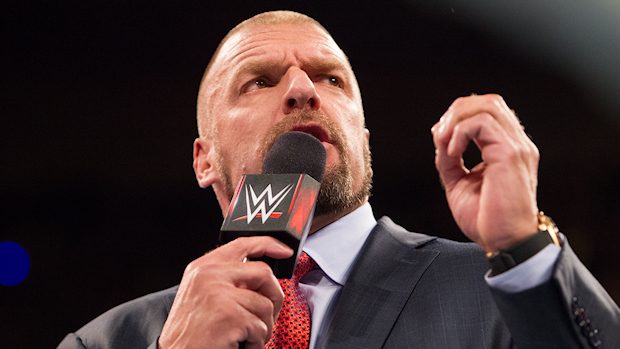 — After the McMahon family shook things up on Raw last week, WWE announced that five more NXT standouts would be arriving at the Raw and SmackDown LIVE brands. Among the fresh new faces are Nikki Cross, Lacey Evans, Heavy Machinery (Otis Dozovic and Tucker Knight), EC3 and the previously-announced Lars Sullivan.

Dave Meltzer noted in the Wrestling Observer Newsletter that Triple H doesn’t want any of the NXT call-ups to fail because it reflects badly on him and the brand.

“It was also noted that Paul Levesque doesn’t want NXT star call-ups to because that reflects badly. If these guys fail, they were never really NXT top stars,” Meltzer wrote.

Sullivan is an exception to this as he is expected to get “every chance in the world” to get over so if he ends up failing, it won’t be due to a lack of effort.

— Last Wednesday as part of the USA Network’s annual WWE Holiday Week, The New Day hosted a fun look back at the historic, outrageous and unforgettable moments of 2018. Immediately following SmackDown LIVE, you can catch this special on the WWE Network.

The special, which is called New Day’s 2018 Super Spectacular, features appearances by Becky Lynch, R-Truth, and Carmella. Here is the synopsis:

“The New Day enters a magical realm to present WWE’s biggest moments from 2018. With appearances by Becky Lynch, R-Truth and Carmella!”