Who Will Be Inducting Big Boss Man Into The WWE Hall of Fame?, WWE Star Misses Cue On Raw 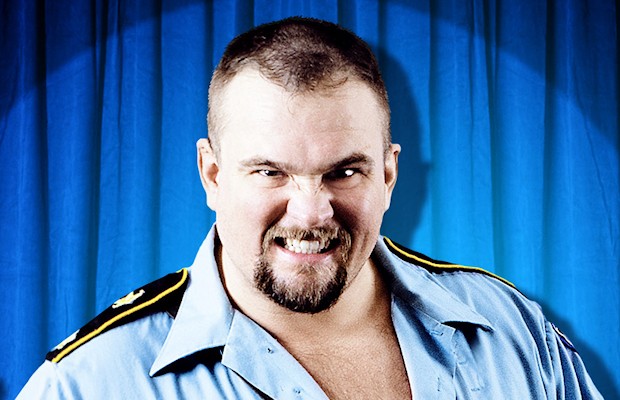 – WWE announced Sunday that Slick will be inducting Big Boss Man into the WWE Hall of Fame this Saturday.

On the eve of WrestleMania 32, Big Boss Man will be inducted into the WWE Hall of Fame by the manager who brought him into WWE, Slick.

It was The Doctor of Style who first introduced Big Boss Man to the WWE Universe in 1988, helping the former corrections officer from Cobb County, Ga. bring his painful brand of justice to the squared circle. Slick often distracted officials while Big Boss Man cuffed his opponents to the rope and bashed them with his ever-present nightstick.

Slick also paired Boss Man with one of his other charges, Akeem, forming one of the most monstrous teams in WWE history, The Twin Towers. Their partnership fractured in 1990, when Slick tried to sell the Big Boss Man’s services to another Hall of Famer, The Million Dollar Man. Now, Slick will honor his former charge as he takes his place in history.

Don’t miss Big Boss Man’s induction into the WWE Hall of Fame’s Class of 2016, Saturday, April 2, live and only on WWE Network!

– Sheamus missed his cue towards the end of the Big E vs. Rusev match on Raw. This is why the ending of the match was sloppy.