Will Natalya Face Alexa Bliss Tonight On Raw Following The Death Of Jim “The Anvil” Neidhart? 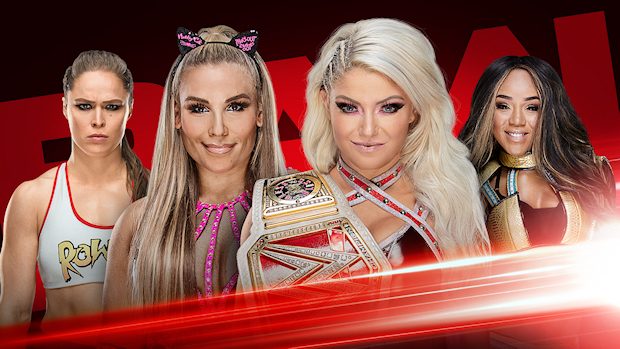 The sudden death of former WWE Superstar Jim “The Anvil” Neidhart’s death will most certainly cause a change of plans for tonight’s Raw from Greensboro, North Carolina.

WWE.com announced last night that Natalya would be facing Raw Women’s Champion Alexa Bliss on Raw ahead of Bliss’ title defense against Ronda Rousey this Sunday at SummerSlam (with Rousey in Natalya’s corner and Alicia Fox in Bliss’ corner).

WWE.com is no longer advertising the match, but the feud between Bliss and Rousey is still being promoted for Raw tonight. WWE.com updated its preview with the following regarding them:

“Despite her interference in last week’s main event, Raw Women’s Champion Alexa Bliss watched in horror as Ronda Rousey — competing for the very first time on Raw — made Alicia Fox tap ferociously to her excruciating Armbar, sending a painful message to The Goddess before their title match at SummerSlam.

“Afterward, Bliss told WWE.com that she’s not afraid of Rousey, reiterating that when The Baddest Woman on the Planet gets in the ring with her at SummerSlam, the world will see her as “nothing but an overhyped rookie.” Will Little Miss Bliss come to regret those words?”

According to Wrestling Observer Newsletter editor Dave Meltzer, Natalya will not be on Raw tonight.

Natalya likely flew home after learning of the death of her father. She was in action at last night’s WWE live event in Roanoke, Virginia, where she teamed with Bayley, Ember Moon and Sasha Banks in a victory over Bliss, Fox, Liv Morgan and Sarah Logan.

Natalya has yet to publicly address her dad’s passing, although she did ‘like’ this tweet from Triple H remembering him.

The only thing bigger than his on-screen character was his heart.
Jim “The Anvil” Neidhart loved performing with & spending time with his family…and he made us all smile while doing it.
Thinking of @NatbyNature, @TJWilson, & the entire Hart family during this difficult time. pic.twitter.com/ahWuWGXInv