Contract Signing and Second Match Set For Raw, A Look Back At SummerSlam 2007, Bobby Lashley - PWPIX.net

Contract Signing and Second Match Set For Raw, A Look Back At SummerSlam 2007, Bobby Lashley 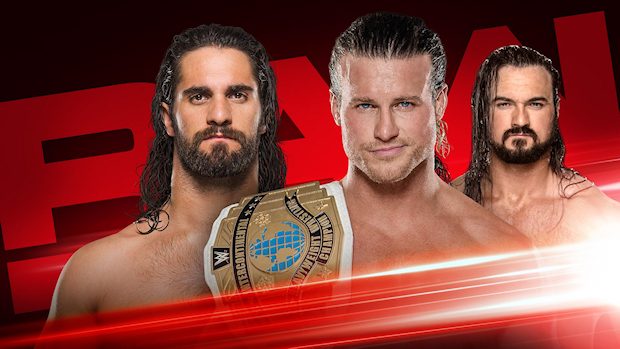 – Ahead of SummerSlam next Sunday, WWE has announced a contract signing and another match for Raw tomorrow night in Greensboro, North Carolina.

Seth Rollins will meet Intercontinental Champion Dolph Ziggler (and Drew McIntyre) for a contract signing that will make their title match at SummerSlam official.

Before defending the Raw Women’s Championship against Ronda Rousey at SummerSlam, Bliss will take on Natalya as both Alicia Fox and Rousey look on from ringside.

This is in addition to an already announced Triple Threat Match for the Raw Tag Team Championship, with The B-Team defending the straps against The Deleters of Worlds and The Revival.

– Ahead of SummerSlam next Sunday, WWE posted this 60-second highlight video looking back at SummerSlam 2007.

– Bobby Lashley is Lilian Garcia’s next guest on Chasing Glory with Lilian Garcia. You can listen to the interview this Monday via LilianGarcia.com.

It’s that time again! Happy #GloryFriday to my #CGSquad! It’s about to get raw, real, and inspiring with the man who’s #BackToDominate 💪🏾the #WWE as @bobbylashley joins me on #ChasingGlory this Monday!! ⭐️ Catch Chasing Glory on #applepodcasts #spotify #googlepodcasts #spreaker #iheartradio and many more of your favorite podcast apps!