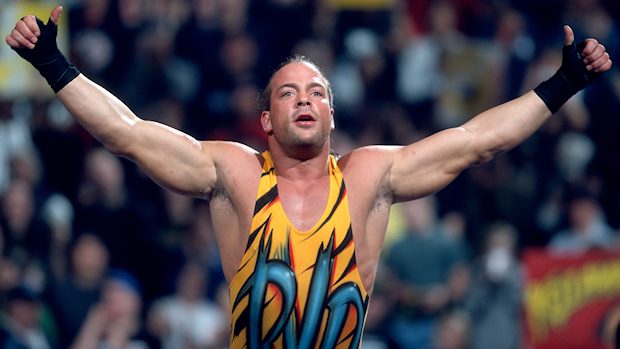 RVD hasn’t wrestled for WWE in over two years, which has naturally left fans wondering whether he’s already had his last match for Vince McMahon’s organization.

This morning on Twitter, the 45-year-old responded to a fan question asking whether he will ever return to WWE:

Probably. I go with the flow of life. https://t.co/EcWi18TYzE

RVD addressed his current relationship with WWE last week while speaking to Sean Waltman on the X-Pac 1,2,360 podcast.

I have a deal now with them, just like [Chris] Jericho, where I can do short term deals. I did a three-month deal and still did sixty-six matches in ninety days, and then the traveling. So then the next time I went back I spread it out a little more, was doing mostly just TVs and that was over five months. It was like eighty matches, or eighty-eight. Me and Jericho have the same deal but I don’t have the ambition that he does. He likes being there a lot. I mean, I really like not being on the road. A lot of celebrities are afraid of being out of sight, out of mind. I’m the complete opposite. I’ve always been trying to do as little as possible and I’m getting better at it all the time.

Did WWE reach out to him for the brand split?

No, I haven’t heard from them since, it’s almost been a year actually. It was last October when we talked, and it really wasn’t a good time for me to go out on the road. I had personal stuff that I was going through. But there’s always a dollar amount that makes it worthwhile, you know what I mean? But the amount that would’ve made it worth it for me to go out and work wouldn’t have been worth it for them and what they were thinking, and so that just didn’t work out, which was good because I really wasn’t wanting to do it then. And also I might’ve scared them away with the number it would’ve taken to make it worth my while. So no, I really haven’t even talked to them.