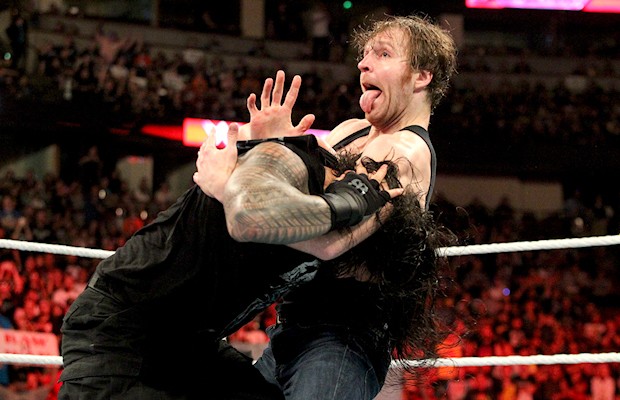 – In the video below, WWE Champion Dean Ambrose reacts to wrapping up the mini-tour of Tokyo, Japan this past weekend. Ambrose says it doesn’t get any higher than working in Japan at Sumo Hall.

WWE® LAUNCHES ON DIGICEL PLAY IN THE PACIFIC ISLANDS

“We are delighted to bring our fans in the Pacific WWE’s unique blend of action-packed, family entertainment every week,” said Ed Wells, WWE Executive Vice President, International. “With WWE’s upcoming brand extension, this is an incredibly exciting time for Digicel Play subscribers as they will have an opportunity to watch two distinctive programs, Raw and SmackDown.”

“WWE is very popular all around the world and we are looking forward to bringing it into the homes of people across the Pacific,” said Digicel Play CEO, Nico Meyer. “Digicel Play subscribers will now have the opportunity to watch Raw and SmackDown, with each episode airing the same week as the U.S.”

A new channel structure was introduced in May across Digicel Play with three subscriber packages available and better pricing plans. The new structure has allowed for new and improved channels, including Paramount, TVWAN Life and TVWAN Action, which is bringing a greater selection of premium television content to viewers across the Pacific.