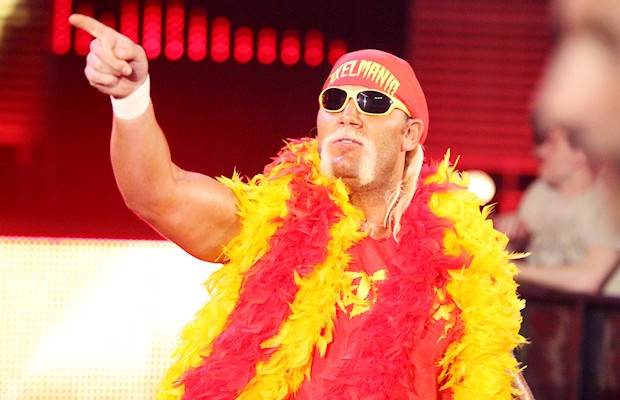 In what could be another sign of Hulk Hogan and WWE working towards getting back on good terms, Curtis Axel brought back his “Axelmania” gimmick at Tuesday’s WWE live event in St. Louis. The gimmick was abandoned back when the company first began to distance themselves from Hogan following the racist comments scandal.

Axel teamed with Goldust, R-Truth, Sin Cara and Darren Young to defeat Bo Dallas, Jinder Mahal, Titus O’Neil and The Shining Stars. Below are fan comments and a photo from the event:

Curtis Axel rocking an #Axelmania bandana, did the whole Hogan hulking up bit, all the way through the leg drop #WWEStLouis #WWE