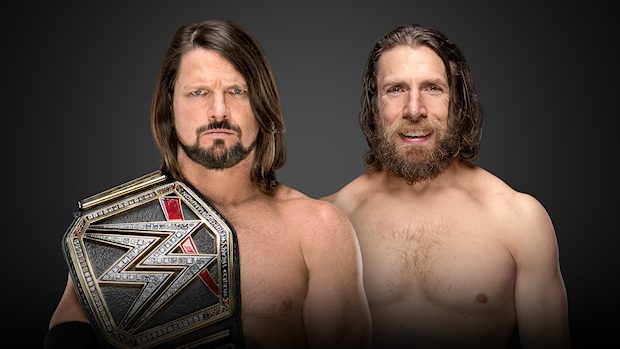 Styles defending the WWE Championship against Bryan was announced for WWE’s return to Saudi Arabia after Bryan defeated The Miz at WWE Super Show-Down today in Melbourne, Australia to earn a WWE Championship Match. Bryan vs. Miz was a short match, with Bryan reversing a Skull Crushing Finale attempt into a small package to get the win. Miz attacked Bryan when the bell rang and got a near fall after hitting a running knee at one point.

The Miz responds to Daniel Bryan’s series of “Yes!” Kicks with an “awesome” Running Knee of his own.

Styles retained the WWE Championship at WWE Super Show-Down by forcing Samoa Joe to submit after locking the Calf Crusher.

Samoa Joe shows no mercy in his response to AJ Styles’ assault with a steel chair during the WWE Title Match at WWE Super Show-Down 2018.

In the video below, Bryan celebrates his hard-fought win against The Miz before turning his attention to his WWE Championship opportunity against Styles at WWE Crown Jewel.

This will be Styles and Bryan’s second televised match against each other in WWE. They wrestled on this year’s post-WrestleMania episode of SmackDown LIVE, though the match ended without a definitive finish as part of an angle where Shinsuke Nakamura attacked both Styles and Bryan.