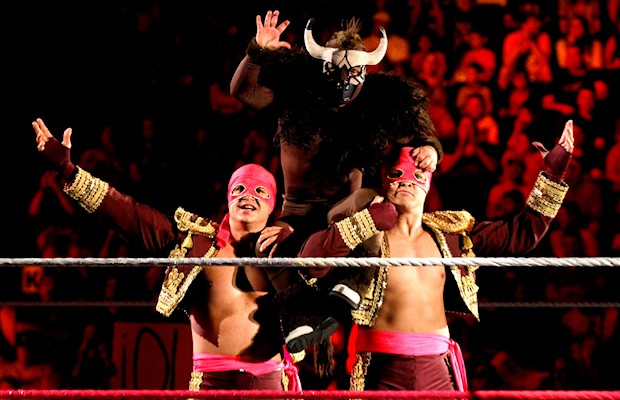 It’s safe to say that the run of Primo and Epico as Los Matadores has been mediocre at best.

Repackaged as Diego and Fernando, the team of Los Matadores has failed to leave a positive impression on WWE’s tag team division, being perceived as more of a comedy act with the inclusion of El Torito by their side.

According to the latest issue of the Wrestling Observer Newsletter, WWE officials are considering repackaging the duo once again, although what their potential plans would be remains to be seen.

Los Matadores made their Raw debut on Sept. 30, 2013, defeating 3MB. They would string together a series of wins over the wannabe rock stars, suffering their first defeat several months later against Ryback and Curtis Axel on an episode of SmackDown.

Los Matadores recently competed at SummerSlam in a Fatal 4-Way Tag Team Title Match against The Prime Time Players, The New Day and The Lucha Dragons. Kofi Kingston and Big E picked up the victory in the end to begin their second reign with the belts.