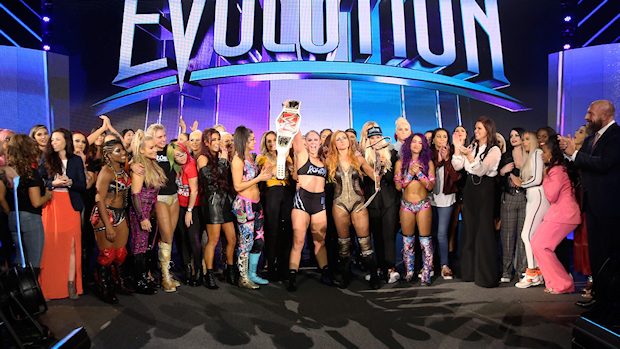 – After how well WWE Evolution was received, WWE is developing ideas for their next all-women’s pay-per-view event. One of the ideas on the table, according to Dave Meltzer in the Wrestling Observer Newsletter, could be the inaugural Queen of the Ring tournament.

“An idea being talked about for 2019 would be a Queen of the Ring tournament with the main roster women,” Meltzer wrote.

“At this point it’s just an idea thrown around but they are looking for ideas for a second all women’s PPV show next year. With how well the first one was received, one would think they’d want to do at least one a year.”

– This week on Raw, Elias got into a brawl with Bobby Lashley and Lio Rush, which ended with him smashing a guitar over Rush’s back. Following the segment, Elias was icing his own his back after sustaining a minor injury at a live event over the weekend.

– Braun Strowman roars to life as he hits his signature Running Powerslam from every conceivable situation in WWE 2K19.

– While facing Charlotte Flair and Asuka this week on SmackDown LIVE, Mandy Rose executed a flying knee strike. Goldust watched the match and suggested on Twitter that she name her move “Kiss The Rose.” Rose agreed.

Here is a clip from the match, which saw Rose and partner Sonya Deville win.