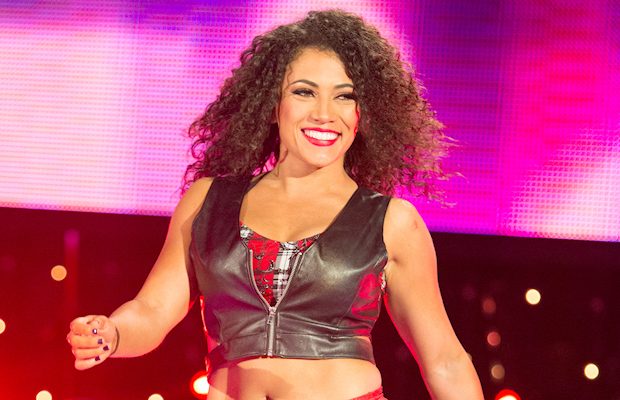 – Below is the first video in a new “Ask The WWE PC” series with talents taking questions from the WWE Performance Center in Orlando. This week’s video asks what was the biggest adjustment to life at the PC and features Abbey Laith, Brennan Williams, Kassius Ohno, Vanessa Borne, Ruby Riot and Heavy Machinery (Tucker Knight & Otis Dozovic).

– Several UK talents that are working the PROGRESS Wrestling shows in Queens and Boston this weekend are being sent to the WWE Performance Center to do work once the weekend is over, according to PWInsider. PROGRESS promoter Jim Smallman will be going with them. It was noted that some of the talents will be at the PC for several weeks. Saturday’s show in Queens will feature Mae Young Classic competitor Dakota Kai teaming with Dahlia Black to face WWE NXT talent Deonna Purrazzo and Jinny. That same show will feature WWE UK Champion Pete Dunne, who also holds the PROGRESS World Title, defending his WWE gold against Jack Gallagher.

– As noted, former WWE Champion The Rock revealed his updated Brahma Bull tattoo earlier today. RAW announcer Corey Graves took advantage of the moment and invited Rock to appear on his “Superstar Ink” series for the WWE website. Graves tweeted the following to The Great One:

I have this show, @wwe #SuperstarInk…it could totally use some #electrifying!