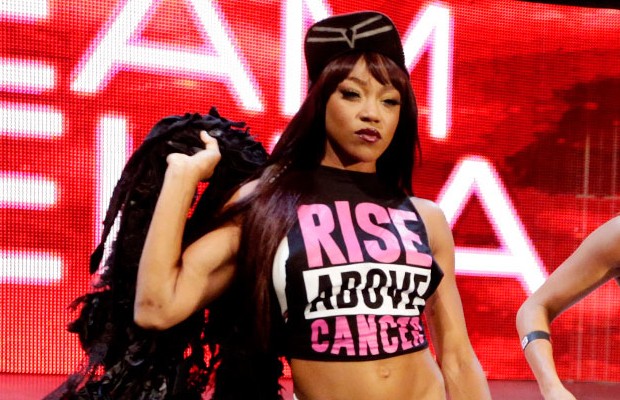 – Alicia Fox recently signed a three-year contract with WWE that will likely keep her with the company through 2019.

While “Foxy” is not featured as prominently as some of the other Divas, she’s well-liked by WWE higher-ups and seen as a great mentor for young talent. Some girls can be difficult to deal with, whereas Fox has a reputation as being easygoing.

– Sami Zayn says he is still not 100 percent from his shoulder injury that sidelined him for six months, but he’s learning to adjust his in-ring style.

“There are certain things I’m not doing,” Zayn was quoted this weekend at a media session at the WWE Performance Center. “I don’t think anybody will really notice it, it’s just little things for me, like if there’s certain moves that put me in a position that I feel vulnerable in, I just won’t do them at this stage. Again, I just came back and I still don’t 100% feel like myself. As soon as I feel comfortable doing moves or being in those positions, I’ll be back at it. For now, in the short term, yeah, I’m definitely a little more cognitive of what I’m doing. You can’t help it when you get hurt. It’s actually an important lesson to learn honestly as a performer.”