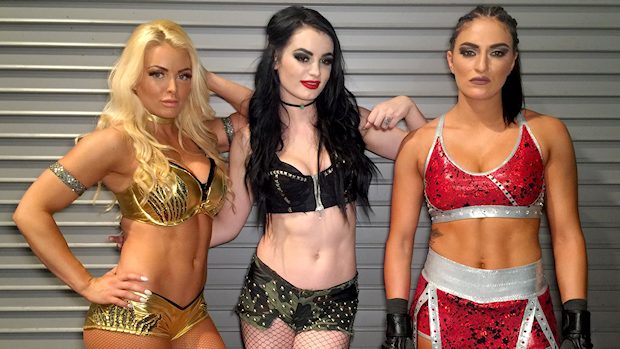 – It sounds like some of WWE’s female Superstars are little worried about the competition that’s coming their way with the return of Paige and five women from NXT being called up to the main roster this week.

Dave Meltzer said in this week’s issue of the Wrestling Observer Newsletter that “with six new women characters all starting at once, that has left a lot of marginal talent nervous about spots because when there are a lot of additions there are likely some subtractions coming.”

What a wonderful #Thanksgiving especially being able to celebrate it with @beckylynchwwe before she heads off to shoot her first movie!!! (First of many!) Love you girl!!! #Grateful for our friendship!! 🙌🏼❤️😘

Garcia revealed in a recent episode of her podcast, Chasing Glory, that Lynch moved near where she lives — Marina del Rey, California — after giving her a recommendation of the area.

Lynch will be taking time off from WWE television next week to film The Marine 6 with The Miz and Shawn Michaels.