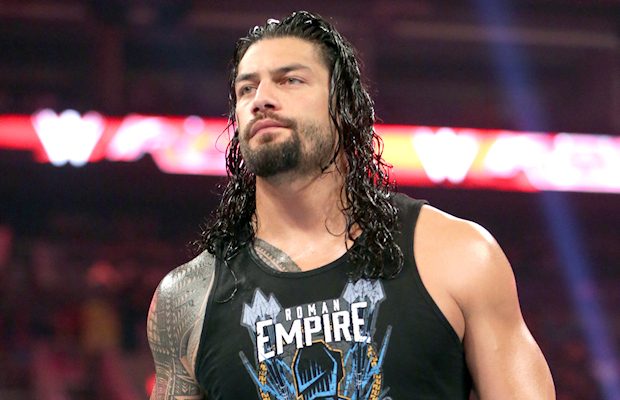 WWE announced earlier today that Roman Reigns has been suspended for 30 days effective immediately for his first violation of the Talent Wellness Program. He immediately issued an apology for his mistake, saying, “No excuses. I own it.”

I apologize to my family, friends and fans for my mistake in violating WWE’s wellness policy. No excuses. I own it.

Reigns lost the WWE World Heavyweight Championship to Seth Rollins on Sunday night at Money in the Bank. The following night on Raw, a Triple Threat Match between Reigns, Rollins and new WWE World Heavyweight Champion Dean Ambrose was announced for WWE Battleground on July 24. The match could still take place since Reigns will be an active member of the roster again beginning on July 21.

Dave Meltzer reported on the situation in a breaking news audio on F4WOnline.com, where he said that top WWE officials were aware of Reigns’ infraction prior to Money in the Bank. Since the main event for WWE Battleground was announced with Reigns’ suspension looming, this would indicate that the match will go on as planned. Reigns, however, won’t be able to appear on television prior to the pay-per-view event, including the WWE Draft when SmackDown goes live on Tuesday, July 19 on the USA Network.

WWE is still promoting the match on the front page of its official website. Right below the headline story on Reigns suspension is a link to an article previewing the contest.