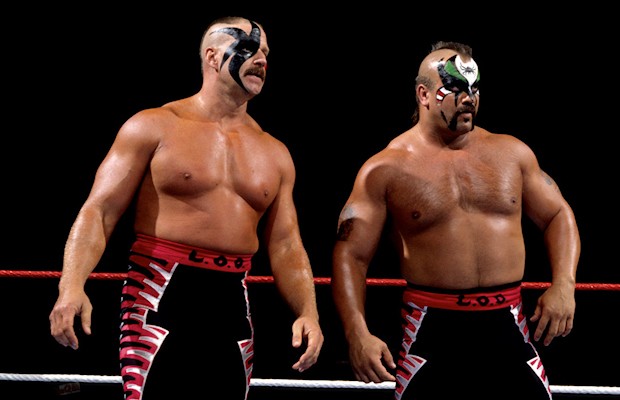 – As seen below, WWE’s latest “This Week In History” video features Corey Graves and Cathy Kelley looking at the first-ever Scaffold Match at Starrcade 1986 with The Road Warriors defeating The Midnight Express:

Who came crashing down 25 FEET during the first ever Scaffold match at Starrcade 1986?! #ThisWeekInHistory @WWENetwork pic.twitter.com/IJ1oSmQqUK

– WWE has a new poll asking fans if they would like to see Bill Goldberg vs. Brock Lesnar III. As of this writing, 51% voted, “Yes. I want to see what an angry Brock Lesnar does in response to his loss at Survivor Series.” The rest went with, “No. Goldberg won their first two matches, there is nothing else to prove.”

– Sunday would have been the 54th birthday of WWE Legend “The British Bulldog” Davey Boy Smith and the 64th birthday of “Playboy” Buddy Rose. WWE posted Bulldog’s SummerSlam 1992 entrance to remember him, seen below: