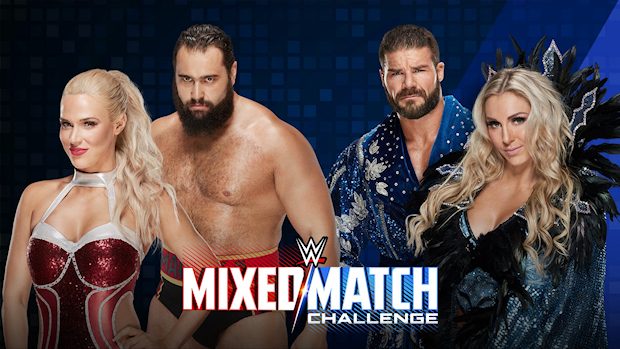 The Robe Warriors advanced to the semifinals of the mixed tag team tournament as Charlotte Flair and Bobby Roode defeated Lana and Rusev on week nine of Mixed Match Challenge from Indianapolis.

The match featured much more intergender physicality than previous matches in the tournament. Charlotte shoved Rusev before the match and later delivered hard chops that led to the finish.

Charlotte and Bobby advance to the semifinals where they await the winners of a fan vote. The voting saves one team by re-entering them into the tournament. Any team already eliminated is eligible for the match that takes place in two weeks.

For the philanthropic aspect of the tournament, Charlotte and Bobby are supporting Girl Up. Lana and Rusev were representing Global Citizen. The winning team gets $100,000 donated to their charity, and $10,000 goes to all other charities represented in Mixed Match Challenge.

Charlotte and Bobby go to the semifinals to meet the winners of the “second chance fan vote” in two weeks. Next Tuesday is the first semifinal match with Asuka and The Miz against Alexa Bliss and Braun Strowman.