WWE Officials Very High on NXT Superstar Due to His Look 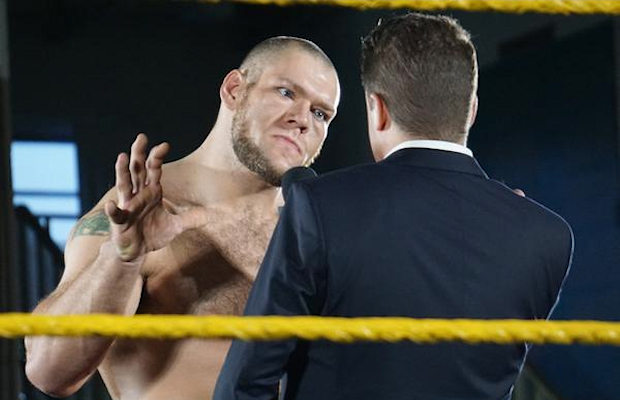 – WWE officials are reportedly very high on NXT star Dylan Miley due to his unique look. Miley has made some recent in-ring appearances at NXT live events and is scheduled to make his official debut soon.

Miley is 6 foot 3 inches and 285 pounds with enormous hands. He’s now sporting red trunks and red boots, as seen in the photo at the bottom of this post.

Miley made an appearance at WrestleMania 31 Axxess and it was said that of the many NXT wrestlers that worked that weekend who fans didn’t know, Miley made everyone stop when he came out and had their attention even though he did little in the ring. Miley is very green and looks to be a long-term project. In the short Axxess match he worked, he showed very little in the ring but it was noted that he has a great look for wrestling.