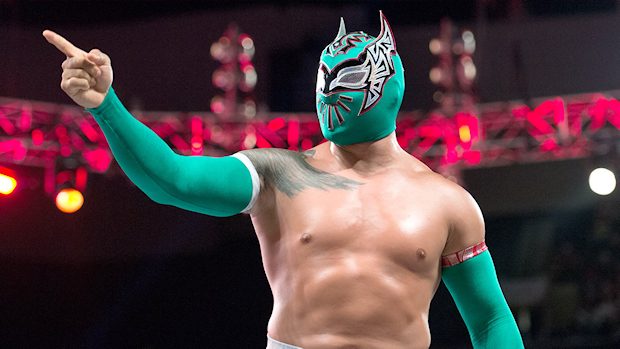 – Some people may be wondering why Sin Cara has been getting pushed on Smackdown LIVE as of late after barely being used for over a year following his split from Kalisto in the 2016 WWE Draft.

According to PWInsider.com, his renewed push, as well as a recently released Reebok sneaker inspired by him, comes after he signed a new multi-year contract with WWE.

Last week on SmackDown LIVE, Sin Cara defeated United States Champion Baron Corbin in non-title action for the second straight week. However, this time, it was by disqualification after Corbin pummeled the masked man in the corner and refused to let up after the official’s five-count. Sin Cara is demanding a rematch on tonight’s show.

– PWInsider.com reports that advertising in New York for the 25th anniversary of Monday Night Raw featured clips of Bret Hart, Ric Flair, and Mick Foley while mentioning that WWE Superstars from the past would be appearing.

The news comes after Undertaker, Shawn Michaels and Kevin Nash were announced for the special event, which emanates from the Barclays Center and Manhattan Center in New York City on Monday, Jan. 22, 2018, and will air live on the USA Network.

– Total Divas is back with all-new episodes beginning Wednesday at 9/8 C, only on E!. Here is a teaser hyping the new season.